Well, talk about the polar opposite of the first game against the Marlins. Two nights ago we got absolutely demolished. Man-handled. Smacked upside the head. Anyway you want to phrase it, we got crushed…by a glorified Triple-A team.

I’m trying to make light of the situation, but that was an embarrassment of a game. I’m a little relieved I did not end up going to the game, after a friend of mine offered up some seats. I would have been so angry at that performance, I easily would have spent at least $100+ just on beers, as I would’ve realized that drinking away my sorrows would have been the only solution.

Tanaka – come on man! You’re more inconsistent than that douchebag on the Bachelor. Ari or whatever his name is.  Masa is always capable of throwing a real gem any time he steps on the mound, so it really sucks when he pitches a stinker like that. When I watched him give up 3 runs as quickly as he did, I almost felt like it was a dream – or I guess I should say a nightmare.

To be fair, Tanaka isn’t the only one to blame for this humiliation on our home field. The defense was HORRIBLE! Neil Walker fielding that ball looked like a slow-moving robot incapable of simple motor functions. Everybody in the field seemed to have washed their hands with butter before game-time.

Last but not least, the offense was equally as bad as the pitching and fielding. Getting no-hit by the Marlins into the 5th inning is inexcusable and I don’t care if its only April. Now I’m not pushing the panic button, or anything like that, but COME ON. Against a team that bad (and the Marlins really suck), you have got to mount some form of offense. We’re the freakin’ Yankees. We have Aaron Judge, Giancarlo Stanton, Didi Gregorius, Gary Sanchez and MORE. I know we’re going to be fine, but that still was extremely frustrating to watch.

The lone bright spot of the night was the kid! Miguel “Call up Andujar” Andujar crushed the first homer of his (hopefully very long and successful) career in the bottom of the 9th of this shellacking. He kept us from getting shut-out so thank you for that, Miguel! All of those calls to bring you up last year have finally paid off! But seriously, it was great to see this kid knock his first big league dinger. I love what Andujar brings to the table and I am so excited to watch him grow and progress. 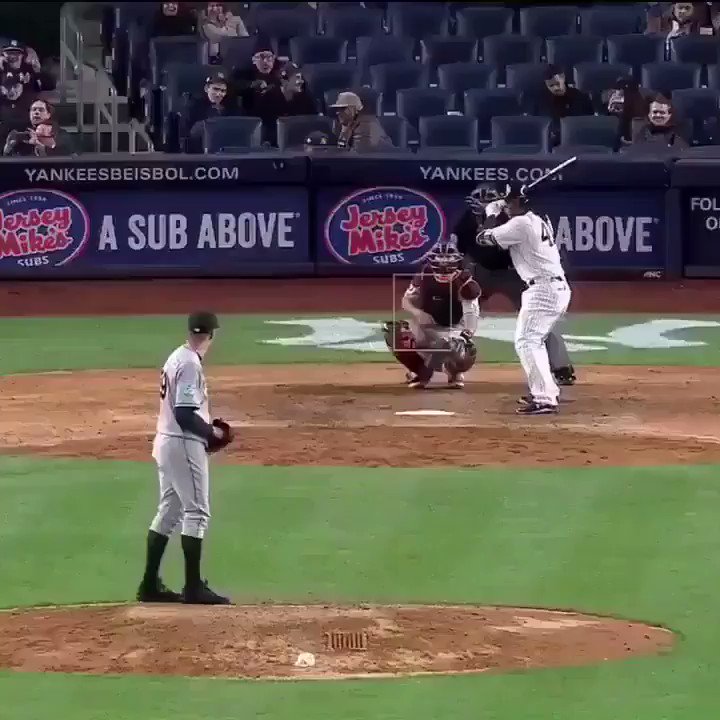 I do not have much more to say. We had an off-day yesterday and now we’re starting a fairly big 4-game home series vs. Toronto. I hate the goddamn Blue Jays. Even without Joey Bats, they are still an infuriating and annoying divisional opponent. They always give us tough games and it sucks because they are so inferior to us.

They’re basically our pesky little brother who mom and dad always says is SOO talented and will amount to so much more than us. Yeah, no they won’t mom and dad. Shut up. The Blue Jays suck. Hopefully we kick the shit out of them starting tonight.

Let’s get back to our winning ways, boys. CC is off the DL and on the bump for tonight’s contest. LET’S GO. It looks like, similar to last year, we’re calling on the big guy to get us a dub after an ugly loss.